As I was exiting Magnum XL 200 near the on ride photo booth at approximately 8:50 P.M., two teenage males approximately 18 years of age got into a fight. From what I heard one of the males made a comment to the other males sister and was not to appreciative of that comment. I did not hear the comment but I heard the escalating tension between the two males.

I jumped in between them and told the both of them that there was a more civilized way to handle this situation, got it calmed down to the point where each backed off, then one of them had to make another comment to escalate the situation then fists started flying.

A gate attendant who was hand stamping people as the exited the park jumped in along with me and we got in between the two fighting pushing the one back, the other male kept coming forward so I turned my attention to him and got him to back away.

They both landed a couple of blows, it couldn't have been too hard of a blow because me and the gate attendant were in the middle putting a distance in between the two.

The two separated and the one male stayed where he was at with his group, while the other male went to the front of Back Beat Bar B Que with his group.

At that time I talked to the one at the Magnum Exit photo booth area and I explained to him again that there is always a better more civilized way to handle these situations and fighting isn't one of them. He was bragging to his friends that he landed more punches than the other.

I then walked to the other male with his group and told him the same thing. A few minutes went by and the 2 groups went along their way.

I being an adult with 2 children squashed this event with the help of the gate attendant giving out return hand stamps, it ended and everyone went there own way. I didn't care for this situation happening, there were about 8 people in one group and 8 people in the other group, this could have turned out into a group fight if let to continue. There was no security around to help in this situation, and I am not saying that in a negative way, I do wish there was security present, but it goes to show you that when something happens like this, if there is no security present others who are not party to the situation need to get involved to end the conflict.

I didn't call security nor did the gate attendant because the situation was diffused. Cedar Point is a family park, park for enthusiasts and a great place for teenagers to have fun. I get all the different groups that go to Cedar Point so I get why you will have this between teenagers, a great example would be a school fight in the lunch room.

I am sure someone made a rude comment to someone or they interrupted it as being rude, argument happened, fists were flying, it was squashed and ended.

From what I heard one of the males made a comment to the other males sister and was not to appreciative of that comment.

Or maybe they were arguing about the proper mounting procedures for coaster wheels on an RMC train.

They both offered conflicting detailed summations of Cedar Fair's latest profit summary. I should know; I've read it.

Things didn't get super-heated until they all started dancing. 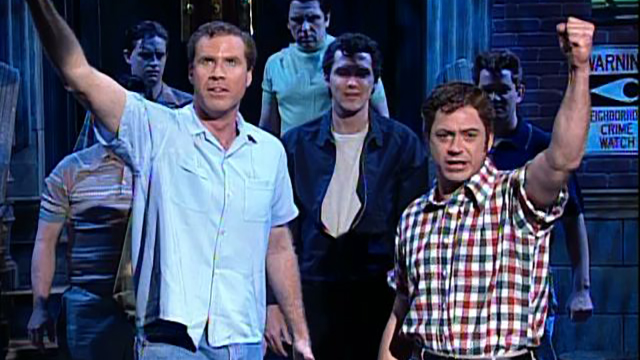 Cool that you diffused the situation. Good job by you (seriously, not sarcasm). I used to do the same thing. But now, with the mob fighting mentality plus the fact that I usually have my 9yo son with me, it’s not worth it getting involved. I can hold my own but I’ve read too many stories about fighting idiots turning their attention to kids and families. Just not worth it.

You're now involved. After nearly 50 years, if someone is not bleeding or in urgent care for help, that's their fight.

"Your persiflage does not amuse. " - Ralph (from Around the world in 80 days)

I would absolutely never put myself in that situation. Not worth getting myself involved with the situation.

Sounds like you had quite the day between breaking up fights and inspecting the Steel Vengeance wheel assemblies.

And that is the thing, we don't need this to turn into a 300 person brawl like Worlds of Fun had. Teenagers are going to be teenagers and as adults we need to squash it. I don't want that happening here at Cedar Point, I know that the Worlds of Fun event was in the back of my mind somewhere when I jumped in.

As critical as I can be of Cedar Point, and I am, It is a special place in my heart, that is why I am so critical of some of the happenings.

Cedar Point is a place for fun for all, enthusiasts, teenagers, and families. If it gets out of line, then someone should step in and try to put a stop to it. The last thing Cedar Point needs is a "Black Eye" due to a couple of teenagers being teenagers.

This event took place after I got off for the first time riding Magnum XL 200 since Cedar Point added the effects in the tunnel and new lap bar cushioning. Which was one of the (2) super bright spots of opening day this year, the other with the Corkscrew trains being repainted updated.

Hello, there was no headbanging on Corkscrew in the second train front row, unlike Carolina Cyclone I rode 3 weeks prior.

Cedar Point needs to be applauded for the improvements it made this year, yes the whole Steel Vengeance was appalling {That is a different discussion}, the investment they made into the park this year, restaurants, repainting and updating was excellent. They get an A+ for that, {Of Course The Whole Forbidden Frontier Is Up In The Air Until It Debuts} Cedar Point did an excellent job. 20 years ago, Cedar Point would never put this much into the park in an "off year", but they did and it is important to the success of Cedar Point.

As for Steel Vengeance not opening until 5:00 P.M. on opening day, that is the equivalent to running out of diapers on a newborn baby after you bring home a newborn baby from the hospital.

Because, of course, you have all the facts.

1) Wouldn't it actually be the equivalent of not having diapers at all and then rushing to the store to get some so at least you'd have them for part of the day?

2) Had Steel Vengeance valleyed on a random weekday in June, would that still be "appalling"? Or is it strictly an Opening Day "appaling"?

Of course I have all the facts, I'm "Just Coasting".

Seriously, you don't think Cedar Point is human, they are not perfect, they need to be called out for their issues. It is the only way things will get noticed, that is a big issue.

Let's face it, Cedar Point dropped their newborn child in 2019. Steel Vengeance should have been opened meeting capacity that was stated in their press releases in 2018. Steel Vengeance hasn't even come close to meeting those "False Statements" made in 2018. They did not even open up Steel Vengeance until after 5:00 P.M. on opening day in 2019. They get a grade of "F" for that.

I guarantee you that "Steel Vengeance" has never seen 1,200 hundred riders per hour as stated by management officials, on any given day in 2018 or 2019.

Don't make claims that you cannot keep. Did Steel Vengeance have its problems in 2018, yes, new ride and I will give them a pass on that in 2018, however they had 6 months to figure this out in the off season and they didn't. There is no way that this ride will reach the 1,200 riders per hour as promised in their touting of their newborn child.

Don't get me wrong, Steel Vengeance is a wonderful ride, worth the wait, has had its issues, but since I have all the facts it hasn't even come close to what they bragged about capacity wise.

It is the # 1 coaster in the world, however their has been no effort to get to the capacity once tauted about in 2018. That is a fact that no one can dispute on this board or any other venue.

Quid Pro Quo, if Ford Motor company stated the Ford Mustang would get 40 miles to a gallon and didn't they would be held accountable just like Volkswagen did with their MPG false misleading statements.

People purchase season passes based on the information given to them from Cedar Point. Isn't it correct to assume that everyone was misled about Steel Vengeance and its capacity, therefore due a refund to their season passes due to their false statements.

This was touted in their statements and hasn't even happened once! In any other industry this would be a class action lawsuit, guaranteed and rightfully so!

Do I want a refund and to be made "Whole Again"? No, I just want Cedar Point to get Steel Vengeance right as once touted.

They never said that it would reach those numbers in capacity. Those are just theoretical numbers. They never once guaranteed those numbers. Nobody is entitled to a refund for that. Capacity is affected by a number of factors. Some riders have trouble getting into a seat, the new pouches, loose articles, mechanical issues, etc. Coasters are machines with moving parts and sophisticated electronics, they will break down from time to time.

If season passholders were owed a refund for rides not running at max capacity, everyone in the US could claim a free Six Flags pass.

With this being a more sensational story, it seems odd this was posted two hours (13:03) after the post about Magnum and Corkscrew (10:41).

It reads to me as Magnum, Corkscrew, great updates. Tick Tock, Tick Tock, Oh, I forgot there was like this fight and stuff.

Just Coasting said:
Isn't it correct to assume that everyone was misled about Steel Vengeance and its capacity, therefore due a refund to their season passes due to their false statements.....Do I want a refund and to be made "Whole Again"? No, I just want Cedar Point to get Steel Vengeance right as once touted.

Also, I do think you should take your own advice and sue Cedar Fair for misleading you on the Steel Vengeance capacity. Seriously.

No doubt they were from Detroit. We all know how bad those people are.

It's funny. A relative was there and he reported that it was a carryover from a Gemini rivalry. The group by the BBQ were devotees of the red train while Just Coasting was lecturing the blue fans... And of course they were both from Michigan!

"Forgiveness is almost always easier to obtain than permission." 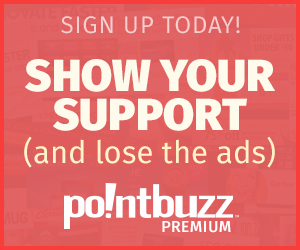